Bluetooth audio testing gets faster and easier thanks to Prism Sound 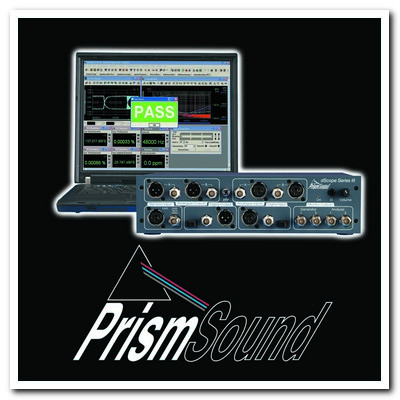 
Up until now, audio engineers would need to test Bluetooth devices using a range of analogue, digital, electronic and electroacoustic audio test equipment, plus software-based signal generation and analysis tools. This was both time-consuming and cumbersome, and did not easily translate to automated manufacturing or verification testing environments.

The dScope Series III test system integrates analogue, digital (S/PDIF and I2S), electronic, electroacoustic and Bluetooth measurement capabilities in a single instrument, eliminating the need for time-consuming signal generation and analysis in external software. With dScope Series III, Bluetooth audio development, compliance testing and manufacturing is now faster and easier than ever before.

Prism Sound is a UK-based audio engineering specialist that supplies audio test and measurement instruments to many of the world's leading audio design houses and manufacturing operations in consumer electronics, automotive, broadcast and pro audio sectors and beyond.

The dScope Series III is truly a unique instrument, offering more powerful analysis tools at a more competitive price than any other system on the market.

Prism Sound will be demonstrating live measurements on Bluetooth audio devices at the Venetian Towers Suite 30-211.