This highly respected musician and producer has bought three Atlas and three Titan Audio Interfaces for his recording, mixing and mastering rooms in Liège.

Cambridge, UK: November 13th 2018: Michel Van Achter, the founder and owner of Belgian record label Homerecords, is so impressed by the quality of Prism Sound’s audio conversion that he has made a significant investment in the company’s products.

Based in Liège, Homerecords has two studios – one for recording and the other for mixing and mastering. The recording studio is now equipped with three Prism Sound Atlas audio interfaces providing 24 mix preamps and 24 channels of AD/DA conversion, while the mixing and mastering room has three Prism Sound Titan audio interfaces, providing 24 analogue outputs. Van Achter has also specified Prism Sound’s MDIO-HDX cards for each unit so that they all interface seamlessly with the Pro Tools® systems he is running in both studios. 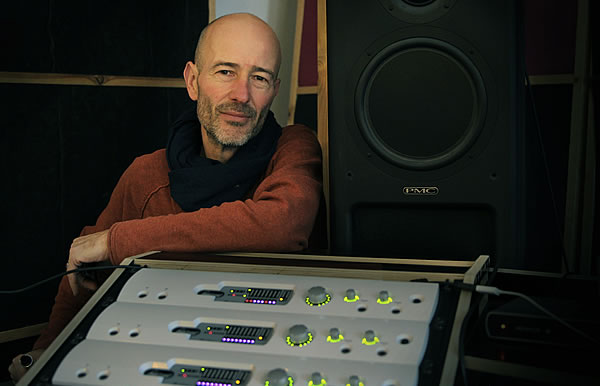 “I am really impressed with these interfaces, particularly the Titan units,” Van Achter says. “Although I have had plenty of experience of Prism Sound converters in mastering studios, I was completely amazed the first time I listened to one of my mixes through a Titan. On that occasion I was working on an Abu album (featuring Baba Sissoko) with Iranian musician producer Afra Mussawisade. When we switched our mix between Avid interfaces and the Prism Sound Titan, we fell about laughing because we couldn’t believe the difference. The Titan was so much better – the quality of the AD/DA conversion was outstanding.”

He adds that while the quality of Prism Sound AD/DA conversion came as no surprise, he was blown away by the mic preamps on both Titan and Atlas.

“I use them all the time now because they offer incredible dynamic control with soft clipping and onboard limiting,” he says. “If I need an uncolored opened sound with very high dynamic range I go straight through Prism Sound units. In fact, the only time I don’t use them is when I’m looking for a specific sound colour.”

With more than 30 years’ experience in the pro audio industry, Van Achter has worked with numerous artists including many Flemish folk musicians. He founded Homerecords in 2004 and describes the label as ‘unclassifiable’ and ‘at the crossroads of jazz, classical, contemporary and world music’. With more than 200 albums to its credit, Homerecords artists include Ialma, Karim Baggili, Wouter Vandenabeele, Didier Laloy, Samson Schmitt, Aranis, Zefiro Torna and Baba Sissoko.

“Homerecords doesn’t have a specific musical genre,” Van Achter explains. “The label mainly focuses on acoustic albums and aims to produce music that reflects the intimate, genuine and personal universe of the composer without particular regard for commercialism. This is rare in today’s commodified and market-driven music industry.”

Homerecords often records albums on location and the acquisition of Prism Sound Titan converters has helped make this process much easier. 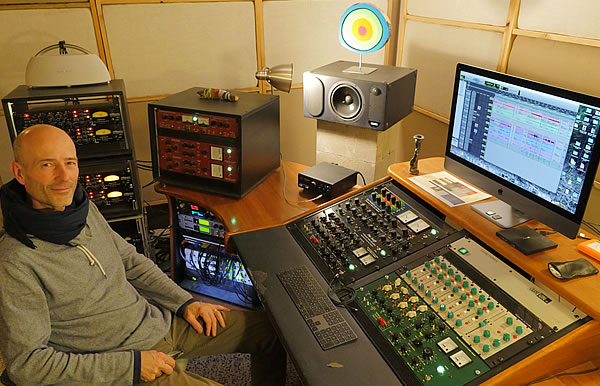 “With classical or acoustic projects, we sometimes choose to record outside the studio in locations that have specific acoustic characteristics,” Van Achter says. “We also record on location when an artist wants to release a live album. In these situations, having a good external preamp like Titan is very helpful. I used this set up in October when I recorded Ballake Sissoko (Kora - Mali) and Baba Sissoko (Ngonis – Mali) in a chapel in Belgium. I took one Prism Sound unit and used it in conjunction with a Crane Song Spider mixer to give me 8 analogue inputs and 8 digital outputs. The Titan/Spider combination delivered exceptional audio quality and the fact that both units weighed very little and were easy to set up made this the ideal location recording system.”

Homerecords’ Prism Sound units were supplied by distributor Joystick Audio, a company that Michel Van Achter has worked with on many occasions and rates highly because they provide excellent technical and after sales support. Joystick also supplied the PMC IB1S monitors in Homerecords’ recording studio and active PMC twotwo8 monitors, which were installed earlier this year in the mixing and mastering studio.

“PMC monitors have dry bass frequencies and are very well balanced and open in the mid and top ranges,” he says. “I appreciate the power and deepness of my IB1S system when I am recording and, after using the PMC twotwo8s for seven months, I find them so accurate and detailed that I can’t imagine mixing or mastering on anything else.”