Cambridge, UK: The rave reviews that Romanian pianist Luiza Borac is receiving for her Chopin Etudes CD are a worthy tribute to the late John Barnes, who worked closely with Borac on this and a number of other music projects. 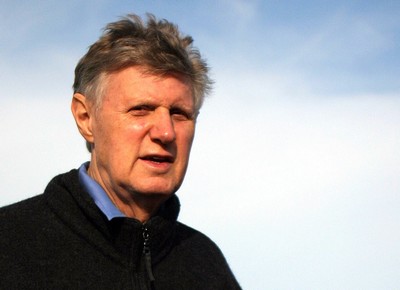 
Borac's Chopin Etudes received a four-star review in The Times, which complimented her 'subtlety of touch and phrasing' and the 'audio wizardry' of John Barnes for creating 'a recording of caressing depth'.

Barnes, who died last year, was a long-time exponent of Prism Sound's AD/DA converters, describing them as an essential part of his recording set-up. He was also a friend of Prism Sound's Technical Director Ian Dennis, the two having collaborated on a wide range of projects since the earliest days of the company.

"John's entire recording system, including the computer, was synchronized to the low-jitter word clock of his Prism Sound AD-2 converter because he felt this was the best way to achieve a very clean transfer of the digital data," Dennis says. "He always felt that their bandwidth, coupled with their extremely wide dynamic range, permitted the use of reasonable headroom whilst preserving a very low noise floor."

Dennis adds that Barnes' fantastically high standards and keen eye for detail were always a great help to Prism Sound in the development of its converters.

"He was a perfectionist and his recordings were always as close to perfection as the technical limits of the day permitted. John had a deep technical knowledge, which enabled him to recognise what was truly important, and he was relentless in his pursuit of those elusive factors. To those who sought it, John imparted his wisdom with a quiet dignity which is rare in our industry. I learned a great deal from John during the years of our friendship - and I'm proud that he was an enthusiastic Prism Sound evangelist throughout the 20 years that I knew him."

Ian Dennis first met John Barnes when he evaluated an early version of the company's original AD-1. This coincided with the opening of the new opera house at Glyndbourne, where Barnes was the archival recordist, and the two men spent a lot of time together making sure that Barnes' recording set-up was perfect.

"This turned out to involve a lot of debugging of the new house wiring etc., but the AD-1 behaved to his satisfaction," Dennis adds. "From that point on we were good friends until his death."

Barnes' recordings of Luiza Borac are much admired for their musicality and sonic transparency. "They are arguably amongst the best solo piano recordings made to date - and considering they were made with almost no budget they put recordings from the major labels in the shade," Dennis says. "I had first-hand experience of the painstaking efforts that went into making these recordings having been privileged to assist John in his first recording of Luiza in Mayfield church some years ago. Although he is no longer with us, it is good to see both John and Luiza getting the credit they deserve."